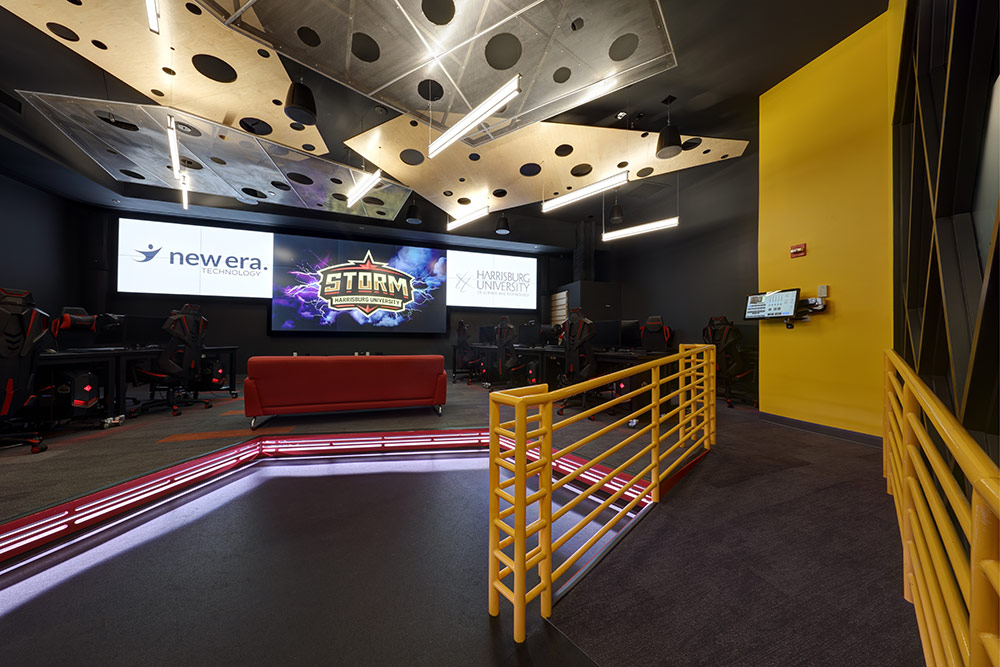 Harrisburg University is breaking new ground with its award-winning esports varsity program, which is attracting some of the most talented students worldwide, while setting a new standard in this fast-evolving and exciting area of educational development.

Making the most of students’ esports skills depends on providing them with the right equipment, including superior quality network connectivity to provide fast interactivity and excellent image quality.

Non-profit Harrisburg University (HU) is a leading science, technology, engineering, and mathematics (STEM) educational pioneer offering bachelor and graduate degree programs to a diverse student body from all over the world. Named by Corporate Livewire as the number-one STEM university in the United States, HU has around 200 full-time employees who support approximately six-and-a-half thousand students worldwide, around 400 of those either on the Philadelphia campus or housed in the Harrisburg area. 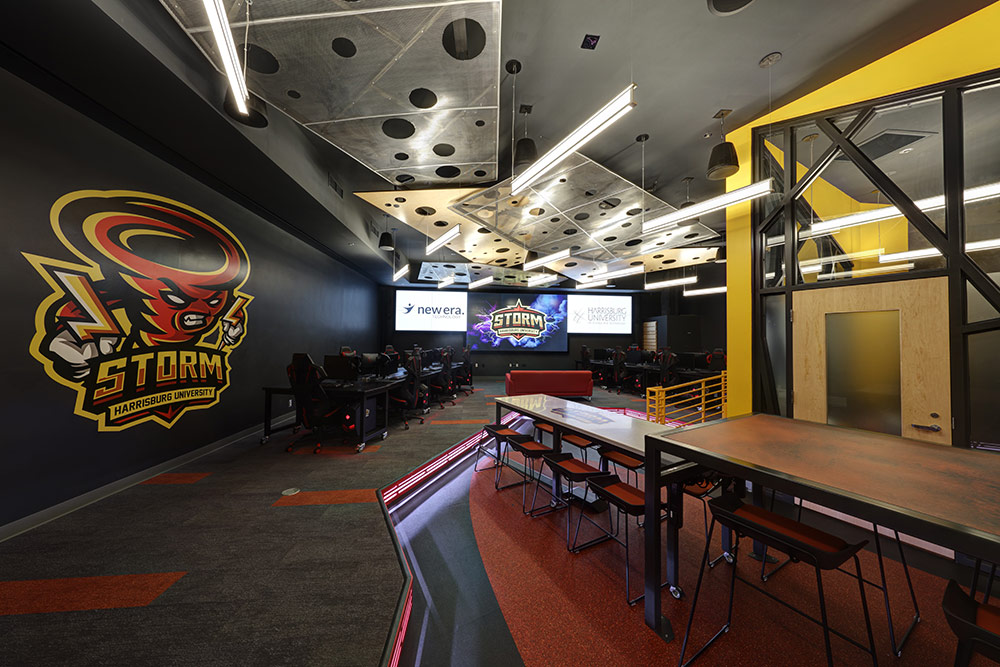 Integral to its mission to be an outstanding STEM university, HU has successfully positioned itself at the forefront of varsity esports, with its esports team, STORM, already gathering some impressive wins and awards.

However, becoming one of the world’s top universities for esports does not happen by accident. When HU first started on that mission, it did not simply want to follow others’ example by converting a classroom and hooking up some PCs maximized for games. Instead, the university wanted to create a dedicated, advanced esports facility, one that would give its students the best possible chance to shine, plus attract future students to the program.

Partnering with the Whitaker Center for Science and Arts, it became possible to convert a space within walking distance of the campus into a brand new, dedicated esports facility. To achieve its vision, the university worked closely with New Era Technology. Already a supplier to HU, New Era Technology was brought in to design the AV and networking infrastructure. An organization that combines global resources and local support, the company has both AV and networking resources, providing fully end-to-end integrated services.

The specification for the new esports facility included 17 gaming platforms, which could be routed up to a large, video wall that can dynamically support different viewing configurations. Four wall plate input panels around the room allow students to plug in their personal gaming devices or other auxiliary sources.

This impressive set-up brought a couple of network challenges. First, the sheer dynamism, interactivity and speed of esports means that anything that might compromise the viewing experience of general game-play is not an option. To draw an analogy with physical sports, it is the difference between a dry, flat pitch and a muddy one. So, network quality between all the different elements of the AV system had to be optimized, delivering a consistently high-speed bandwidth across image- intensive, multi-player esports, without the risk of latency and image compression.

Second, New Era Technology had just four months to install the networked AV system, with a deadline of HUE Invitational, a tournament hosted by the university in September 2018, where world-class varsity esports teams from across the nation were due to compete. Adds Mike Morgan, general manager of New Era Technology’s Pennsylvania division, “As we obviously had to fit around other installers, in reality those four months were just a few weeks. There was no room for trial and error.”

“SDVoE was the best case for what they were trying to accomplish, both technically and cost-wise, providing the high bandwidth they need.”
Mike Morgan – General Manager, New Era Technology

New Era Technology’s recommendation to HU was to connect all the AV elements via Software Defined Video over Ethernet, to provide high-speed, flexible and cost-effective AV over IP. Explains Mike Morgan, “SDVoE was the best case for what they were trying to accomplish, both technically and cost-wise, providing the high bandwidth they need.” At the heart of that solution are M4300 Ethernet switches from NETGEAR.

Mike Morgan continues, “We didn’t have an existing relationship with NETGEAR, but we knew its reputation as a founding member of the SDVoE Alliance and it was clear NETGEAR understood SDVoE and signal transmission.”

“Also, while we have considerable in-house expertise, the timeframe meant we did not have the luxury of learning. NETGEAR had already successfully introduced the M4300 SDVoE Ethernet switch for AV over IP. That track record, plus its ease-of-installation and NETGEAR’S really good delivery schedule all contributed to our decision to recommend the M4300s. The modular design also meant we could configure to HU’s exact requirements.”

The deadline for the entire project was met in time for the HUE Invitational tournament. Says Mike Morgan, “NETGEAR jumped on any issues very quickly, and made themselves very available, working closely with us. We appreciate everything their technical support team provided and the performance of the switches is excellent.” Two M4300 switches have been installed, a 10Gb and a 1Gb version.

Of course, technology only has value in the benefits it provides: in its first year of competition, HU won the 2019 ESPN Collegiate Overwatch National Champions, fighting off competition from much larger universities. The program has also won an international Tempest Award for Best Collegiate Esports Program, beating UC Berkeley, UC Irvine and Utah among others.

Mike Morgan concludes, “When visitors go into the esports facility, you can see they are overwhelmed by the commitment and the investment made to this program. I’ve spoken to some of the students myself and they say that it contributed to their decision to go to Harrisburg.” While the M4300 Ethernet switches are just one part of an impressive bigger picture, they play an essential role in ensuring consistent, high-quality esports that should help HU continue its winning streak.

NETGEAR’s commitment to AV over IP includes a range of products and dedicated support services. Our M4300 and M4500 series of high-performance, flexible switches are engineered for AV over IP. NETGEAR Business has led the way for almost 25 years by successfully enabling more than 50 million businesses worldwide. We stand behind our sales partners and their customers through our community and support systems. The quality, reach, and value of our products and services are unmatched. Our comprehensive portfolio of switches enables you to order exactly the combination of fiber or copper ports you need now with room to expand for the future. 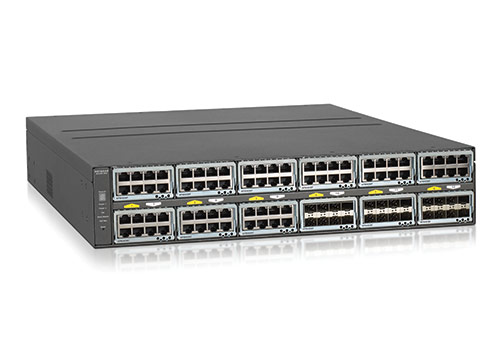