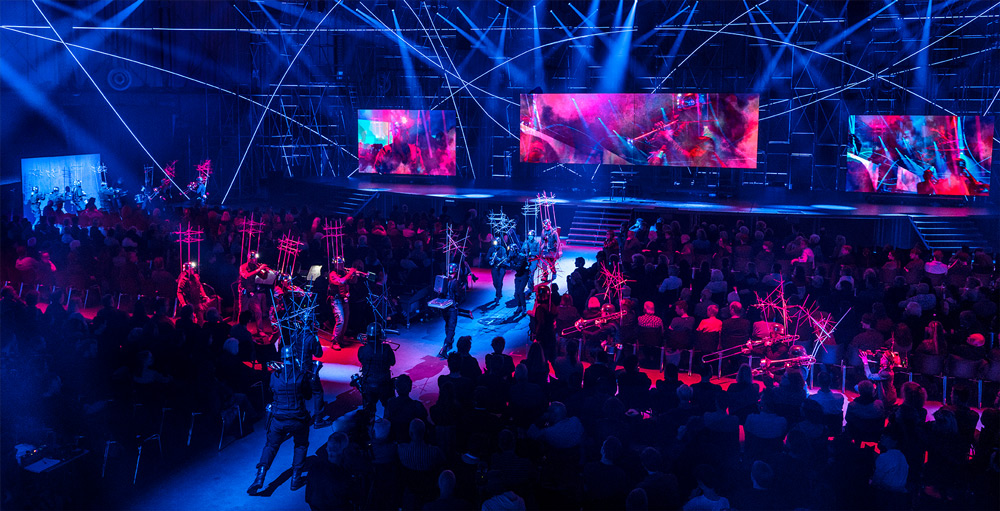 What is mankind’s purpose on earth? That’s the profound question composer Karlheinz Stockhausen sought to answer in the seven-opera cycle LICHT, which has never been performed in its entirety.

In aus LICHT, the Dutch National Opera mounted a marathon 15-hour performance spread over three days featuring selected highlights from the seven operas, in a spectacular overview of Stockhausen’s masterpiece.

The performances were produced in cooperation with the Holland Festival, the Royal Conservatory in The Hague and the Stockhausen Foundation, and held at Amsterdam’s Gashouder, a former industrial hall that now serves as an event space.

The goal of the AV set up in the temporary performance space was to optimize quality not only for the live audience but also for the recording, while simplifying the AV workﬂow design.

The performances included live feeds with many different effects, including a LUT shader designed by Michael Hantelmann (Hantmade) for color grading, as well as pre-produced video content on the four video walls. Each video wall had a native resolution of 1280 x 768, but all live feeds and content was produced in 1080p/50 format. 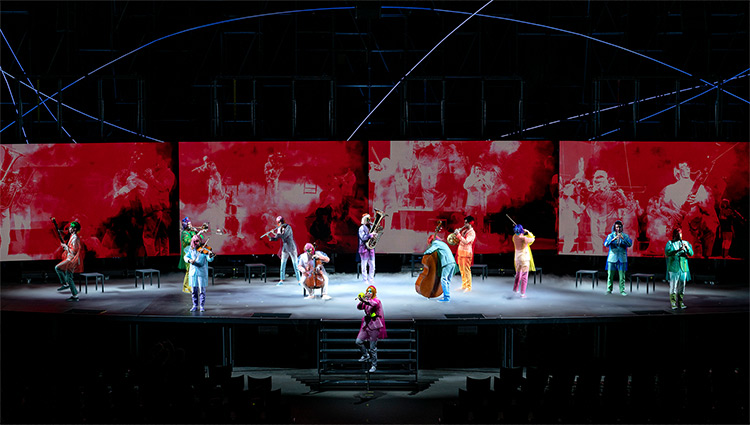 The Dutch National Opera opted for a combination of SDVoE-based Christie Terra for AV distribution and processing, and Christie Pandoras Box for content

management and control of the four LED video walls, cameras and projectors used throughout the performance space.

Based on SDVoE technology, Christie Terra was designed not only to simplify distribution, processing and management of AV signals, but also to provide enhanced and optimized options for designing AV workﬂows. Pieter Huijgen, Head of Lighting, Video and Stage Technology at the Dutch National Opera, explains: “We were thrilled with the ﬂexibility of the system, the programmability for assigning backup sources and the multi-view capabilities.”

In combination with Christie Pandoras Box, Terra features were exploited to the fullest, ensuring that the content was of impeccable quality without pixel loss. “The ability to program during rehearsals without jumping in the sequence or having to program blindly in a second system made our work much easier,” says Huijgen. In addition, Huijgen found the ability to create custom user interfaces in Widget Designer enormously helpful to recall routings on the 40×40 SDI router, which supplied the correct signal of the different SDI patch points throughout the Gashouder to the 8 3G-SDI inputs on the Pandoras Box servers.

The three-day staged program not only convinced critics and fans, but the equipment was the right choice: “Pandoras Box and Christie Terra were simply a very good combination,” says Huijgen.

After the project, the equipment was reinstalled at the opera house and the SDVoE-based Terra system will be used as a standard solution for AV distribution including delivery of AV content to various locations in the foyers.

Christie Digital Systems USA, Inc. is a global visual and audio technologies company and a wholly-owned subsidiary of Ushio Inc., Japan (JP:6925). Consistently setting the standards by being the first to market some of the world’s most advanced projectors, complete system displays, and cinema audio solutions; Christie is recognized as one of the most innovative visual technology companies in the world. From retail displays to Hollywood, mission critical command centers to classrooms and training simulators, Christie display solutions and projectors capture the attention of audiences around the world with dynamic and stunning images, accompanied by awe-inspiring sound. 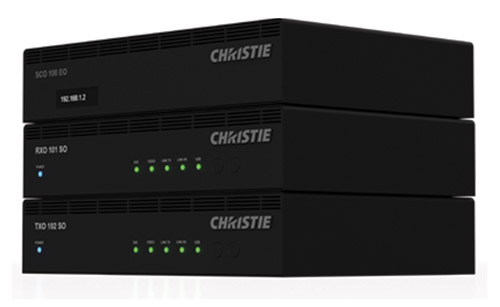